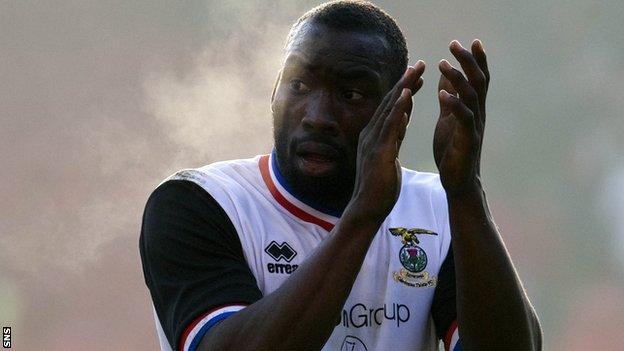 The 25-year-old French forward said the lure of Europa League football was a factor in his decision to agree a pre-contract deal.

"Over the last few weeks it has been very intense with various clubs showing interest in me," he said.

"I will also be given the opportunity to play in Europe, which is hugely important."

Tade was happy with his first season in the SPL and is keen to impress further in the top flight.

"I would like to take this opportunity to thank Terry Butcher and everyone connected with Inverness FC for their support throughout my time at the club," he added.

Tade began his career in Scotland with Stranraer in June 2007 and after 18 months moved on loan to Broadwood to play for Clyde for the second half of season 2008/09.

After switching to Raith Rovers in the summer of 2009 he scored 13 goals in 65 starts over a two-year period before moving on a free transfer to Caley Thistle last summer.