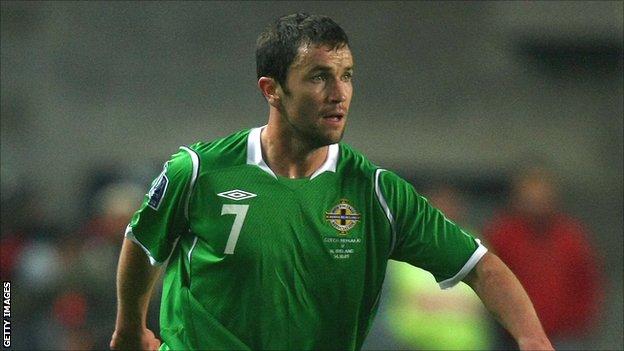 Fleetwood Town have signed midfielder Damien Johnson on a free transfer following his release by Plymouth.

Huddersfield Town had hoped to sign the 33-year-old, who had spent two years on loan at the Galpharm Stadium, on a permanent basis.

But the Northern Ireland international rejected the offer and has chosen to join the League Two newcomers instead.

Manager Micky Mellon told the Fleetwood website: "Damien is a good footballer and a real leader."

Mellon continued: "I have been trying to sign him for some time and when Huddersfield offered him a contract, I thought that would be the end of it.

"Huddersfield wanted him, but he decided to come to us for purely footballing reasons and to be part of the exciting plans that we have here."

Johnson began his career with Blackburn, winning promotion to the Premier League with Rovers in 2001.

An eight-year spell with Birmingham City followed, during which time he achieved three more promotions to the top flight.

Johnson moved to Plymouth in February 2010 but made just 20 appearances for the Pilgrims, and spent the past two seasons with Huddersfield, helping them to victory in the League One play-off final last month.