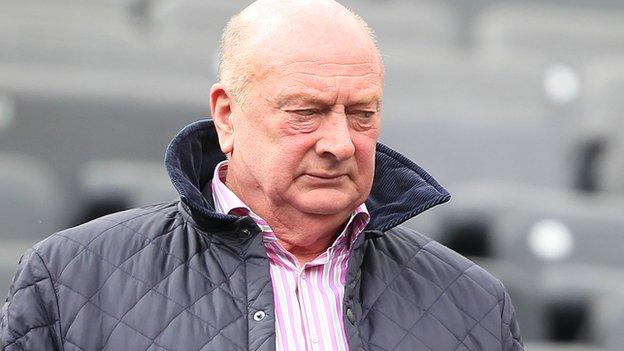 Newcastle's chief scout Graham Carr has signed an eight-year contract to keep him at the club until the age of 75.

Carr identified much of the talent in Alan Pardew's team that finished fifth in the Premier League.

Newcastle's managing director Derek Llambias told the club's website: "He has been instrumental in helping us get some truly exceptional players."

He added: "He has deservedly built one of the best reputations in the business."

Carr, 67, joined the Magpies in February 2010, when Chris Hughton was in charge. He previously held scouting roles at Tottenham Hotspur and Manchester City,

The former York and Northampton player, who is the father of comedian Alan Carr, is now poised to work for the club he has supported all his life well into his seventies.

Llambias said: "Graham works tirelessly to identify talented young players from across the world and has done a magnificent job over the last two years.

"He has the complete faith and support of the owner, the board and the manager. It is excellent news that the club will continue to benefit from his expertise for many years to come."