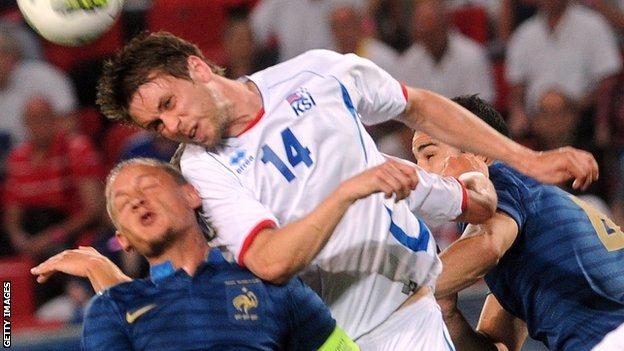 The 29-year-old, who can also play in defence, has agreed a two-year deal which begins after his current contract with Aberdeen expires on 30 June.

"He came to Rotherham and spent a full day with us and we showed him around and I think he saw what he could achieve here."

Arnason has recently featured in international matches against France and Sweden and becomes the League Two club's seventh signing of the summer.

He has also played for Plymouth Argyle for two seasons before joining the Dons in July last year.