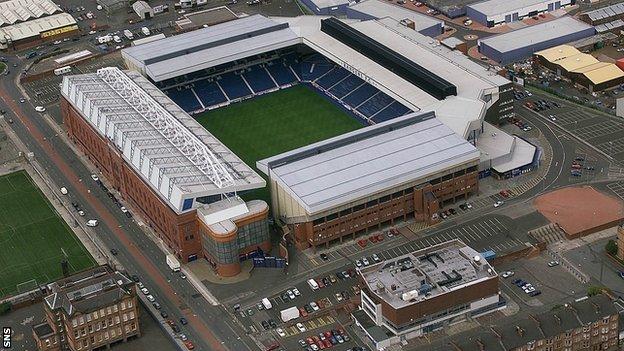 Prospective Rangers owner Charles Green has promised supporters neither he nor his consortium will mortgage or sell Ibrox Stadium or Murray Park.

The RFFF say they "secured a commitment that he and his consortium will not be mortgaging nor disposing of any of the property assets".

The training ground, which opened in 2001, was named in honour of Sir David Murray during his ownership of the club and supporters would be asked to vote on the new name when season tickets are renewed.

Rangers currently await the outcome of a company voluntary arrangement proposal, which will dictate whether the club can continue in its present form.

However, if the CVA is rejected Green plans to relaunch the club by transferring its assets to a new company.