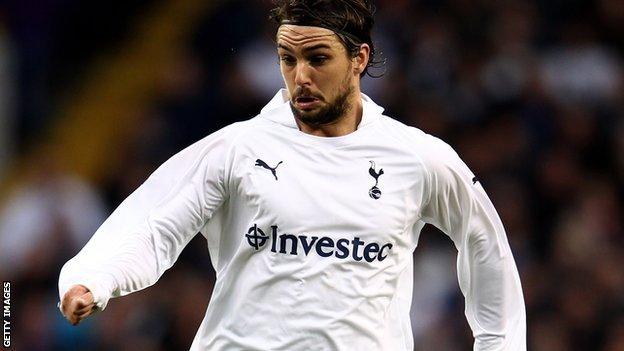 Niko Kranjcar has completed his transfer from Tottenham to Dynamo Kiev for an undisclosed fee.

The Ukrainian club have announced on their website that the 27-year-old Croatia international midfielder has signed a four-year contract.

He moved to White Hart Lane from Portsmouth in 2009, making 70 appearances and scoring 11 times.

Kranjcar, at Euro 2012 with Croatia, announced this week that a deal had been agreed between the two clubs.

After a great first season, the last two were quite disappointing because you want to play football. That's what you grow up wanting to do

His final appearance for Spurs came in the 1-1 draw with Stoke in March.

Kranjcar admits he became frustrated at the lack of opportunities at Spurs, but he also paid tribute to manager Harry Redknapp.

"That club means a lot to me. It has been great," he told Sky Sports News.

"I wanted to play more but I played with some great footballers. Harry Redknapp has been a big part of my career - he is the one who brought me to Portsmouth and believed in me there.

"Obviously, he then took me to Spurs. After a great first season, where we made the Champions League and played a lot of matches, the last two were quite disappointing because you want to play football. That's what you grow up wanting to do."