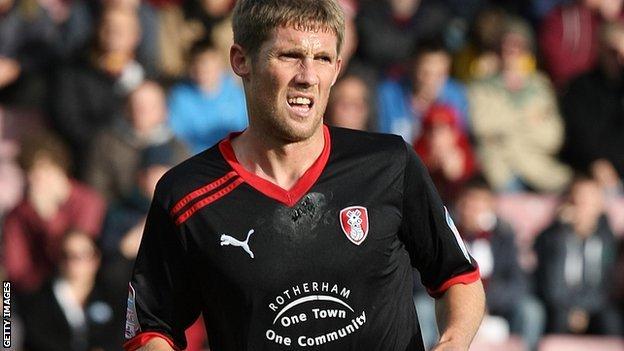 Danny Harrison has re-signed for League One side Tranmere Rovers on a one-year deal following his release from Rotherham United.

Harrison, 29, began his career at Prenton Park and made 125 league appearance for Rovers before joining Rotherham in 2007.

The midfielder turned out 211 times for the Millers in a five-year spell at the club, before his release in May.

Harrison told the club's website: "I'm really happy to be back at Tranmere."

He continued: "The club has been a huge part of my life and it will be nice to be playing at Prenton Park again. There's a decent squad here and I think we can be really competitive next season."