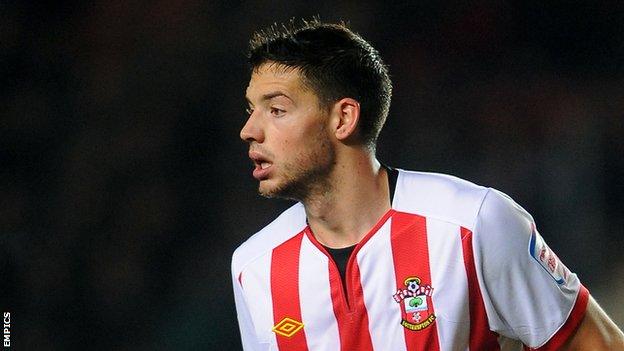 The 22-year-old, who moved to St Mary's from Eastleigh in 2009, made 17 appearances last season as the Saints won promotion to the Premier League.

Eagles boss Dougie Freedman told the club website: "He is a talented and hard-working centre half who is hungry for success.

"I see him playing a major role in our continued progress next season."

Martin is under contract at Southampton until the summer of 2014.