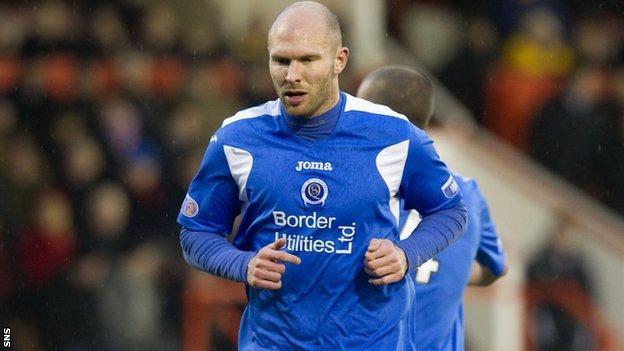 The 31-year-old had a short spell at Queen of the South after parting company with St Johnstone in January.

"We have had our eye on Sam for a while and know the qualities he will bring," said St Mirren manager Danny Lennon.

"He will add a presence in the box for us and provide us with options in the front line. Not only does he have an eye for goal, but he links play well."

That's another piece of the jigsaw in place

The former Chelsea and Ipswich player fared slightly better at Palmerston - scoring six goals in 17 starts - but his contribution was unable to help prevent Queens' relegation to Division Two.

With Nigel Hasselbaink having left St Mirren this summer, Lennon was looking to bring in another forward to support Steven Thompson.

"We have known for some time exactly where we want to strengthen our squad in order to continue our journey of progression at St Mirren," added Lennon.

"We have a tight budget and a small squad compared with many of our rivals in the SPL so every player in that squad has a vital role to play.

"That's another piece of the jigsaw in place and represents a great piece of business for the club.

"I am delighted to have Sam on board and wish him every success in his Saints career."