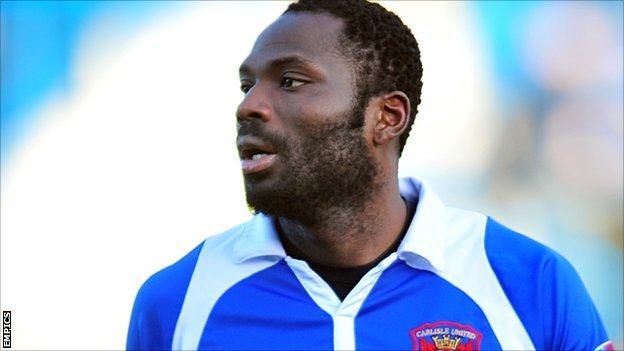 Francois Zoko has said a desire to play Championship football was behind his decision to leave Carlisle United.

The Ivorian striker, 29, opted against a new deal offered by manager Greg Abbott, to end a two-year association with the Cumbrians.

"I want to play at Championship level if possible, though nothing is sorted yet," Zoko told the club website.

"This could be my last opportunity to test myself at a higher level and I'm hoping to have it all finalised soon."

Zoko, who scored 19 goals in 88 league appearances, arrived at the club from a spell in Belgian football and was part of Carlisle's Johnstone's Paint Trophy final success in 2011.

"Winning at Wembley has to be the best moment and that day will stay with me forever," he added.

"It's every footballer's dream to play there, and to win a trophy at the same time made it a brilliant day."