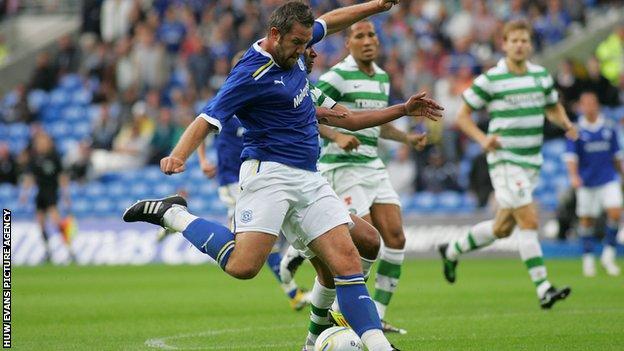 Cardiff City and striker Jon Parkin have agreed to part company with a year left on the player's contract.

The former Preston North End player has hardly featured under new manager Malky Mackay since he took charge at the start of last season.

"We can confirm that Cardiff City FC and Jon Parkin have reached a mutual agreement to cancel his contract," read a club statement.

Parkin had made only three cup appearances for City in 2011-12.

The 30-year-old was signed by former manager Dave Jones and scored seven goals last season, including one in the Carling Cup win against Huddersfield Town.

The club statement continued: "This allows Jon to pursue his future football career at a new club. We thank Jon for his contribution to the club during his time in south Wales and wish him the best of luck in the future."