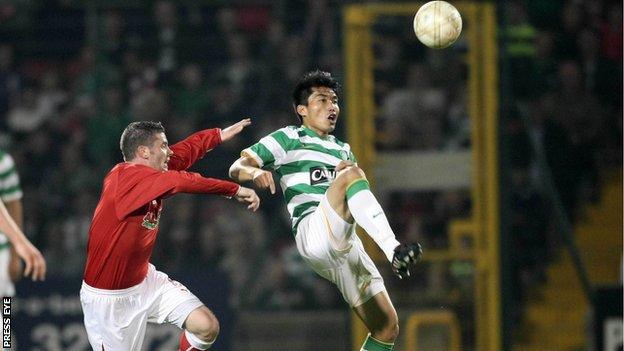 Cliftonville will face Celtic in a friendly at Solitude on 28 July.

The match will see the Glasgow outfit returning to the North Belfast venue for the second time in three years.

Two Chris Scannell goals helped the Reds beat an understrength Celtic outfit in the last meeting between the sides in October 2009.

"I'm delighted that we will be welcoming a Celtic XI back to Solitude," said Cliftonville chairman Gerard Lawlor.

"The game back in 2009 was a fantastic night for our club both on and off the pitch.

"I'm sure our supporters are already counting down the days until this re-match, which further strengthens our relationship with one of the world's biggest football Clubs."