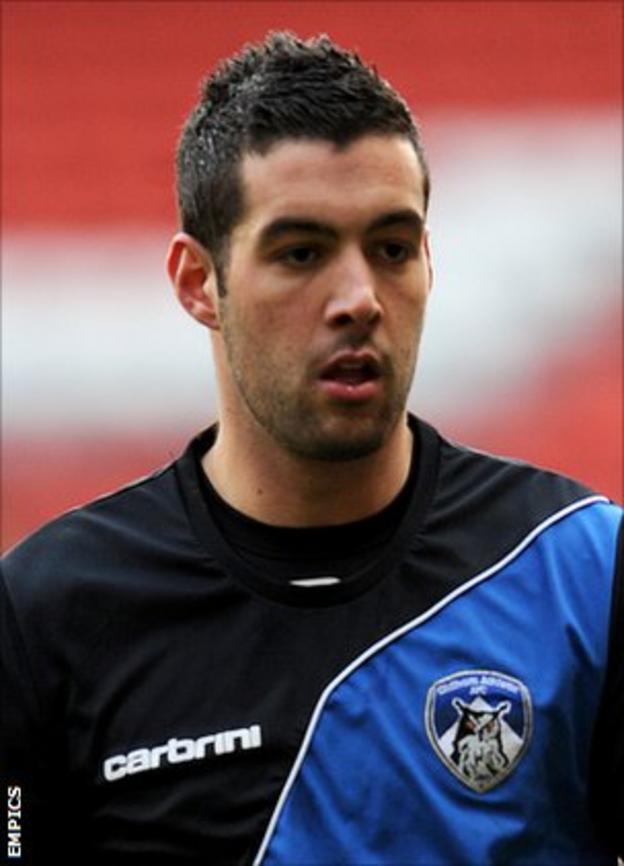 Oldham Athletic have signed full-back Connor Brown on a free transfer, while goalkeeper Dean Bouzanis has agreed a new one-year contract with the Latics.

Brown, 20, was released by Sheffield United without making a first-team appearance for the Blades.

Former Liverpool trainee Bouzanis, 21, started the last eight games of the season after moving to Boundary Park on a non-contract basis in November.

He will continue to provide competition for Alex Cisak.

"Dean had to wait patiently for his chance but when it came, he seized it," Oldham manager Paul Dickov told the club website.

"When Dean came in, it was on non-contract terms and he was not paid initially.

"He came in and did well as we knew he would, as he is a talented boy and a naturally gifted goalkeeper."

Brown has agreed a 12-month contract with Oldham, with the option to extend that by another year, and has been signed as a replacement for Kieran Lee, who has