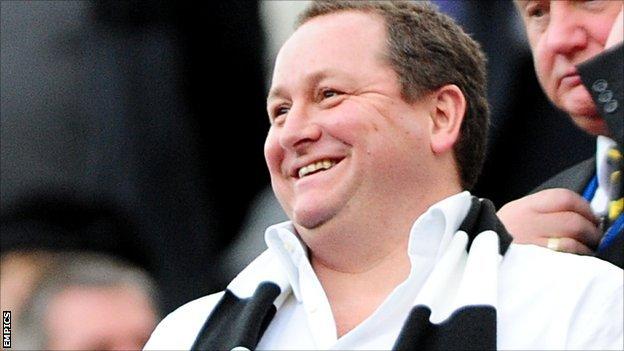 "Mike has committed himself to the club and there will be money available to buy players," Carr told BBC Newcastle.

"As we speak we are in the market for players to improve the squad."

Carr, who recently signed an eight-year deal with the Tyneside club, has operated largely in northern Europe with signings from France and the Netherlands.

It is an approach which was taken amid tough competition from Premier League rivals, with Tiote, Cabaye and Cisse already proving their worth by helping the club into Europe last season.

"We don't think we can compete with the big clubs for the 16, 17-year-olds, because Manchester United will blow us out of the water.

"What we try to look at is players who are playing first-team football at quite a young age.

"I first saw Papiss Cisse playing for Metz, he was on a Senegalese training camp they had there but he didn't have the passport to come in.

"I saw Yohan Cabaye in the France Under-19s, I saw Tiote playing for Roda, before he went to FC Twente.

"We followed these players, they've been on the radar for a long time."