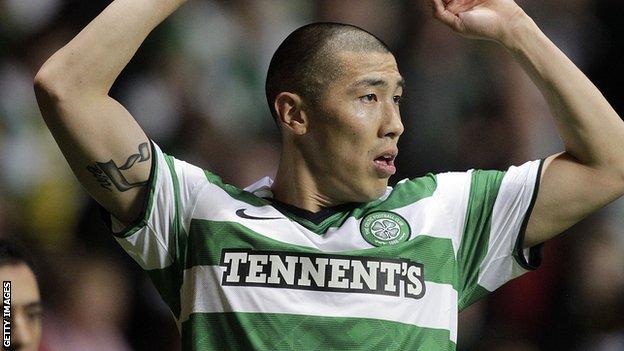 The South Korea defender, 31, struggled to make an impact at Celtic following his move from Freiburg in July 2010.

He scored twice in 44 appearances for the club but had fallen down the pecking order under Neil Lennon.

"Everyone at the club would like to wish Cha every success in his future career," Celtic said.

He was vying for the right back berth with Adam Matthews, Mark Wilson and Mikael Lustig.

"The German-born South Korean internationalist returns to football in the land of his birth," Celtic added on their official website.