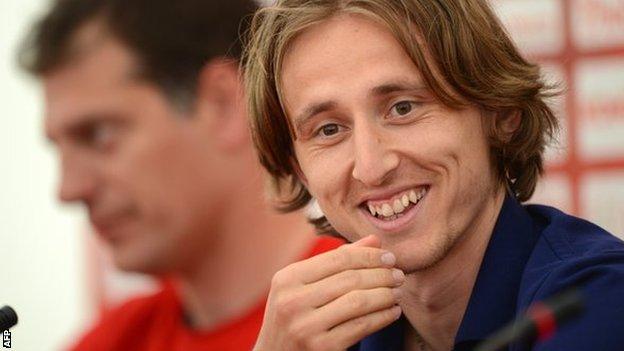 Luka Modric thinks Croatia's game with the Republic of Ireland is "their most important in the group" at Euro 2012.

Both countries qualified via the play-offs and are competing with Italy and world and European champions Spain for a spot in the knockout stage.

"I even think we could go all the way to the end and win the tournament."

Croatia reached the quarter-finals at Euro 2008 but lost on penalties to Turkey having taken the lead with just one minute of extra time remaining before conceding an equaliser.

Niko Kranjcar, who sealed a switch from Tottenham Hotspur to Dynamo Kiev this week, said his team had learnt their lesson from that disappointment.

"If a similar situation to the Turkey game comes around then that scenario is not going to repeat itself," he said.

"The reason we lost to Turkey was a lack of experience. Now we are at our peak and we are more experienced."