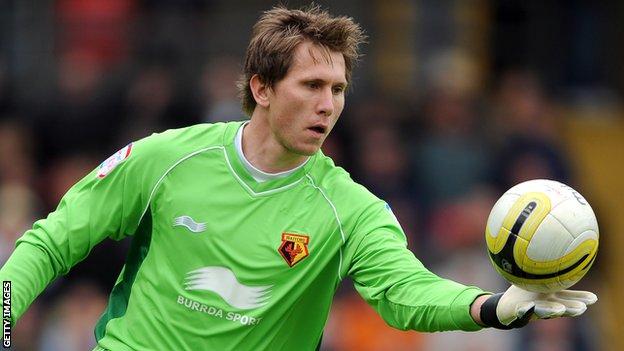 The 30-year-old, who was a free agent following his release from Manchester United, has agreed a two-year deal.

Kuszczak did not play for United last season, but made 13 appearances during a loan spell at Watford.

"The Premier League is where I want to be again and I believe I can get there with Brighton," he said. "The club is heading in only one direction."

He told the club website: "Everything is geared up for playing at the highest level and I could sense that ambition to be a top club straight away."

The Poland international joined United from West Bromwich Albion in 2006, initially on a year's loan, and the deal was made permanent in July 2007.

In total, he made 61 appearances during his time at Old Trafford.