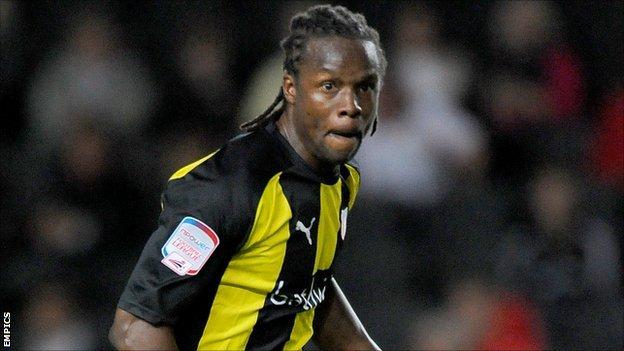 Colchester United have completed the signing of out-of-contract midfielder Marcus Bean on a three-year deal.

Colchester manager John Ward told the club's official website: "He is a big, strong midfielder who brings power to that part of the pitch.

"He has a good pedigree and has proven he can cope with being at the top end of this division."

Jamaican Bean, 27, played 168 times in four years at fellow League One side Brentford.

He began his career at QPR and also had an 18-month spell at Blackpool.

Ward added: "We have young lads on two-year deals and we need a structure above them.

"Marcus is a player who will set a good example to the young boys in the club, as well as making our first team competitive and a strong group."