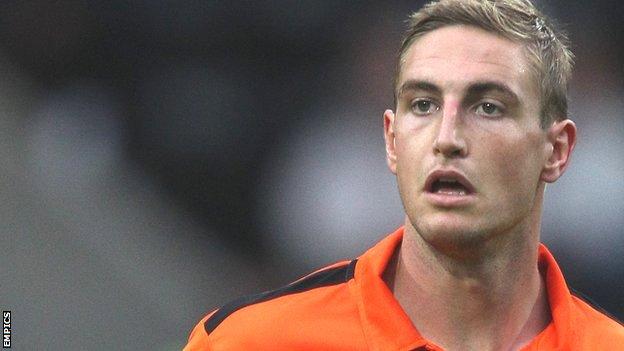 Notts County have completed the signing of Hartlepool midfielder Gary Liddle on a free transfer.

Liddle, who is Notts manager Keith Curle's third summer signing, turned down a new deal with Pools and moves to Meadow Lane on a two-year contract.

The 25-year-old said Curle's ambition played a big part in the switch.

"Keith wants wants to manage in the Championship with Notts. That's why I came here. Hopefully I can help him do that," he told BBC Radio Nottingham.

Liddle, who can also play wide or in defence, made 283 appearances and scored 21 goals in six years with Hartlepool.

"I was offered a new contract but I felt it was time to maybe move on and try something new," Liddle added.

"I felt it was time for a change and it is something I am relishing."