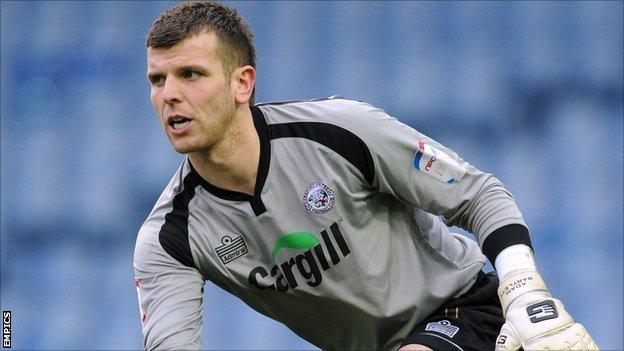 The Heed needed a new goalkeeper after releasing Tim Deasy and Paul Farman and have signed 26-year-old Bartlett from their Blue Square Bet Premier rivals.

"Bartlett is a player we have tracked for a long time so I am delighted that we have finally got him," said Gateshead boss Ian Bogie.

"He had a very good first season in the Football League at Hereford."

Despite his bright start to life at Edgar Street, Bartlett was a member of the Bulls side that were relegated from the Football League last term, making 20 of his 121 appearances for the club.

However he has experience of non-league football with Kidderminster and Cambridge, for whom he was a play-off finalist in 2009.

"He is a another local lad and a very good keeper who was named Conference Goalkeeper of the Year in his one season at Kidderminster Harriers in 2009," Bogie said.

"He is highly regarded and will bring undoubted qualities to the club, and after James Brown this is another top quality signing for Gateshead."