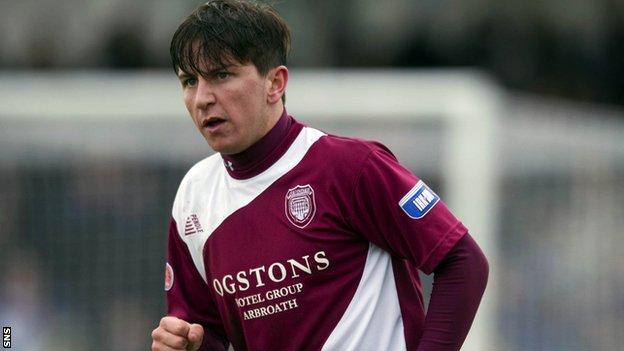 Dunfermline have started rebuilding for life in Division One with the capture of three new signings.

Striker Ryan Wallace, who scored 23 goals for East Fife last season, has joined up with the Pars along with fellow 21-year-old Josh Falkingham.

Midfielder Falkingham was with Arbroath for the last two terms.

Like the other new arrivals, Andy Geggan, 25, has signed on at East End Park for two years, having spent last season with Ayr United.

Geggan spent five years with Dumbarton before his switch to Somerset Park.

On being relegated from the Scottish Premier League, Dunfermline released 12 players, while offering new deals to Gary Mason and Liam Buchanan.

Nick Phinn, Steven Bell and Kevin Ruitkewicz, who were all troubled by injuries, will be invited to join the Fife club for pre-season training.