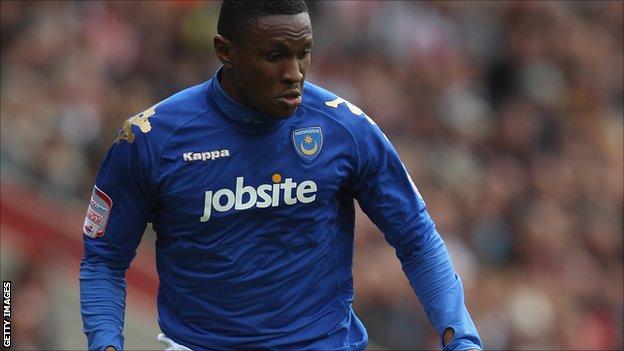 Barnsley have completed the signing of former Portsmouth midfielder Kelvin Etuhu on a free transfer.

Nigerian-born Etuhu, 24, has signed a one-year deal at Oakwell after being released by Portsmouth in May due to the club's financial problems.

Etuhu, brother of Fulham midfielder Dickson, began his career at Manchester City, coming through their academy.

He had loan spells at Rochdale, Cardiff City and Leicester before signing for Pompey in January.

It was during his brief time at Rochdale that Etuhu played under current Barnsley boss Keith Hill.

"I'm just happy to be part of a new project and be back working with a manager that I've got a lot of faith in.

"They're (the fans) going to get a player who will get them off their seats, definitely. They'll get a lot of commitment from me as well," he told the Barnsley website.