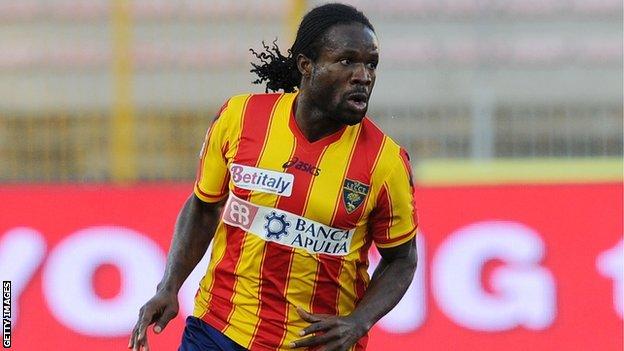 Nigerian police have rescued Christian Obodo without the payment of a ransom demanded by his abductors.

Officers tracked his alleged abductors to Isoko, just outside Warri, on Sunday, where they found Obodo and arrested some suspects.

The midfielder was abducted by unknown gunmen near the oil city of Warri in southern Nigeria on Saturday.

Obodo, who was on loan at Italian side Lecce from rivals Udinese last season, was driving alone early on Saturday morning when he was abducted.

It is not the first time a footballer has been kidnapped in Nigeria.

International defender Onyekachi Apam was kidnapped by armed men who took his car before releasing him.

Nornu was released after 10 days but it was never made clear whether a ransom was paid.