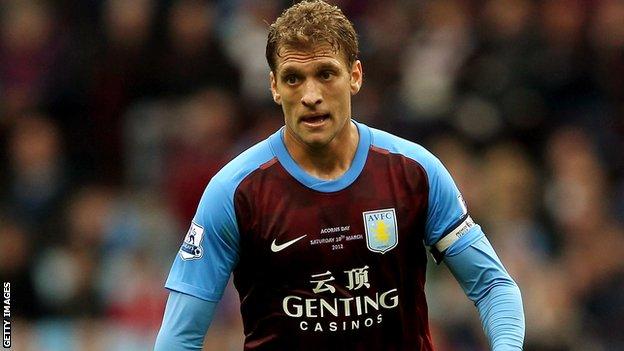 Midfielder Petrov has been undergoing treatment since being diagnosed with acute leukaemia in March.

"He's a huge influence on the club. I just need to look for a team captain."

He's a huge influence on the club. I just need to look for a team captain

Lambert, who played with Petrov at Celtic, has visited his former team-mate since the Bulgaria international, 32, was diagnosed after he developed a fever.

"He's such a strong lad and a terrific guy," added Lambert.

"It makes you sick, actually, when you have played with someone, seen them in their prime and are close to them, then you know he has an illness like that.

"Hopefully he'll be OK and be here."

Villa sacked McLeish in May after finishing 16th in the Premier League table, two points above the relegation zone.