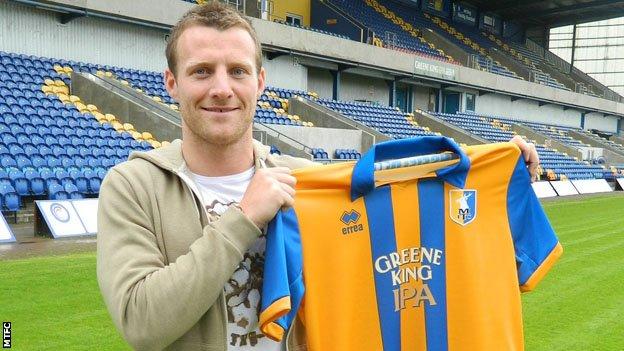 Mansfield Town centre-half Luke Jones says the realistic chance of promotion to the Football League was a key reason behind his return the club.

The 25-year-old told BBC Radio Nottingham: "It feels like there's unfinished business and that was in my decision to come to Mansfield.

"I am hoping to push over that line and look for promotion and success."

The defender also fell short of the play-offs in his last spell with the Stags following a ninth-placed finish in 2009-10.

But he believes manager Paul Cox has set the side up to be serious contenders for promotion to League Two.

"Now that Paul Cox has had the full season and laid the foundations of his work, it can only get better and be built on," Jones added.

"Every year it gets tougher and tougher in the Conference with the automatic and the one play-off spot.

"I think it is important to get off to a good start and see where it takes us."