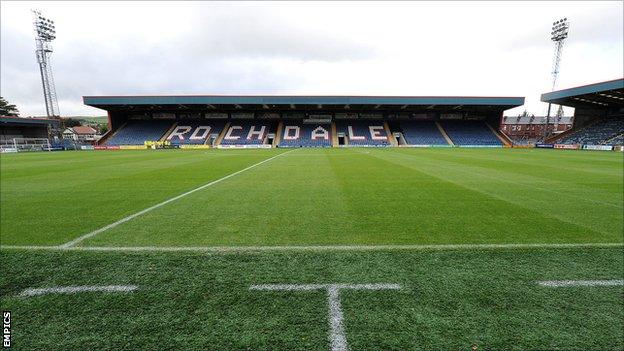 Rochdale have agreed to sign centre-back Rhys Bennett on a one-year deal following his release by Bolton.

The 20-year-old did not make a first-team appearance at the Reebok Stadium but played 19 games during a loan spell with Scottish club Falkirk last season.

He is Rochdale's third summer signing after the arrival of George Donnelly and Peter Cavanagh from Macclesfield and Fleetwood respectively.

Bennett will officially join the League Two club on 1 July.