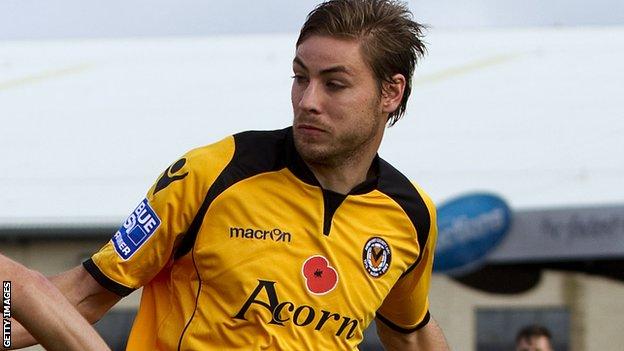 Forward Sam Foley believes he is ready to make the step from non-league to League One after completing his move to Yeovil Town on a one-year deal.

The 25-year-old left Newport County - where he scored 30 goals in two seasons - when his contract expired last month and opted to join the Glovers.

"To play league football is a dream of mine. It's not daunting and I don't feel like I'll be out of my depth."

Foley started his career with Cheltenham Town's youth set-up but failed to break into the Robins first-team.

He then joined Kidderminster Harriers, where he spent two seasons, before signing for Newport in 2010.

Foley was top-scorer for the Blue Square Bet Premier outfit last term but found himself out of contract this summer.

He continued: "Yeovil's interest came very quick. I had a few offers from a couple of league clubs and I was working with a few managers to see what was going to be best for me.

"Yeovil came in the 11th hour and being the highest ranked side, I jumped at the chance.

"I struck it off really well with [manager] Gary Johnson and I think we're going to get on well and my first impressions have been good.

"And now I can't wait to get out on the pitch and prove myself."