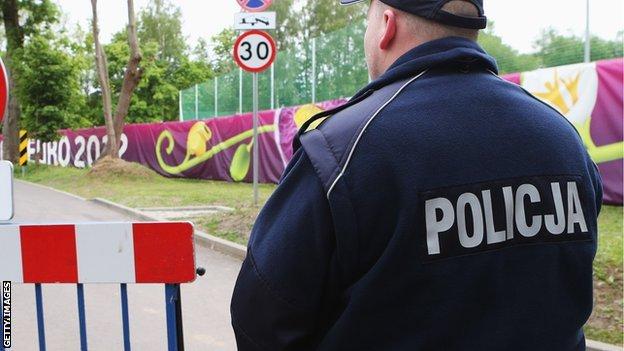 Uefa has asked local authorities to step up security for open training sessions at Euro 2012.

The request follows the racial abuse of Dutch players by some spectators watching training in Krakow last week.

An increased police presence at training grounds is one option that Uefa have asked to be considered.

"Any such behaviour is totally incompatible with Uefa's zero-tolerance policy," a statement said.

"While to date there has only been one isolated incident, Uefa is confident the local authorities will adequately deal with the issue."

Mark Van Bommel complained specifically of racist abuse, the Dutch FA said this was mixed with anti-Euro 2012 chanting believed to have been prompted by the fact Krakow has not been given any matches in the tournament.