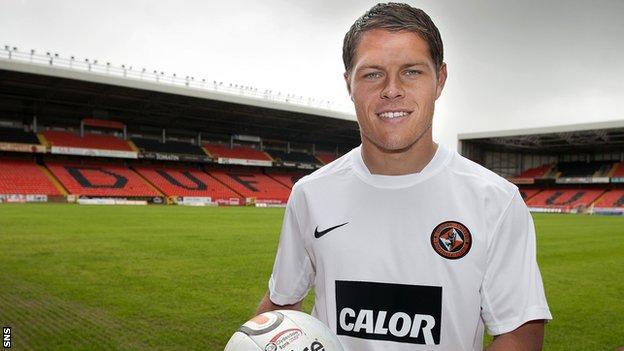 Dundee United have confirmed that John Rankin has extended his deal for a further year up to the summer of 2014.

The 28-year-old midfielder moved to Tannadice from Hibs under freedom of contract 12 months ago.

"The fans took to me immediately and that really helped me settle," said Rankin.

"Signing this extension was an obvious choice for me. It is important that you enjoy your football and playing for Dundee United has been so enjoyable."

"To finish fourth and have achieved European football again shows how much quality is in this team," he added.

"The incentive is there for us to now push on from last season and progress."