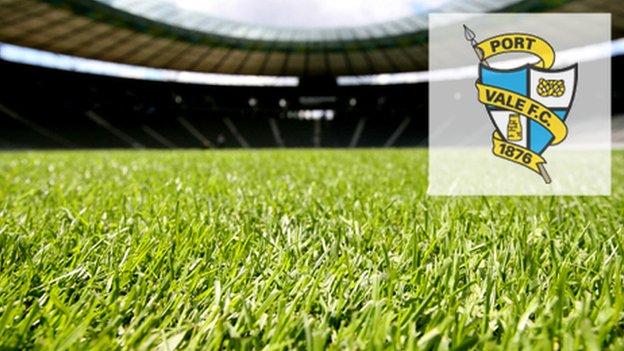 Striker Tom Pope has put pen to paper on a one-year deal at Vale Park, while teenage midfielder Ryan Lloyd, 18, has signed a two-year deal.

Manager Micky Adams is still operating under a transfer embargo.

That will only be lifted when the club's expected takeover by Keith Ryder is completed.

When Vale's season ended on 5 May, midfielder Doug Loft and defenders Gareth Owen and Adam Yates were the only three players still on contracts going beyond 30 June.

Striker Ben Williamson, 23, who joined on a season-long loan from Hyde, and teenage keeper Sam Johnson have both signed one-year deals.

Welsh forward Lewis Haldane has been handed a six-month extension and 6ft 6in defender Clayton McDonald is reported to be ready to sign a one-year contract when his current deal expires on 30 June.