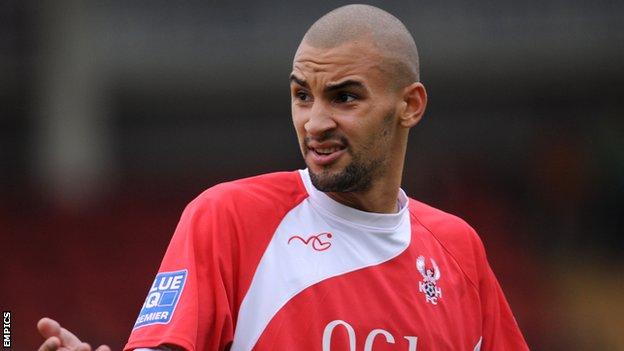 Mansfield Town have signed Nick Wright after the striker turned down a new deal at Kidderminster Harriers.

The 24-year-old netted 15 times in 43 games for the Blue Square Bet Premier side last season.

He has played 82 times for Harriers since joining from Tamworth two years ago, scoring 23 goals.

"He has a good goal scoring ratio, which I feel we can improve on next season," Stags boss Paul Cox told the club website.

"He can play anywhere along the frontline and has pace in abundance. Nick is a young player who has the ability to play in the Football League."