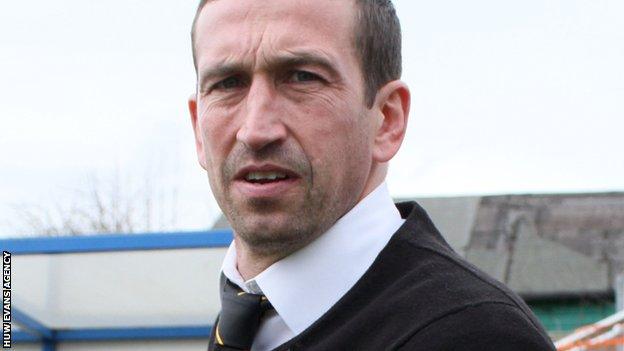 The Exiles have struck a three-year-deal to move from Spytty Park to the home of rugby in the city.

Newport have signed Jake Thompson and Jefferson Louis and Edinburgh is hopeful of more new additions.

"Now we're at Rodney Parade it's certainly far more attractive to go and entice players to come and sign," he said.

With the surface we now have at Rodney Parade, certainly people will see a different Newport County at home

"Hopefully Jefferson and Jake are two of many to come. Certainly by the end of the week I'd like to have a few more in place.

"You can always bring loans into the football club if required. I want a tight knit squad that's together but can be competitive and that's what we're working towards."

County chairman Chris Blight described the Spytty Park pitch "not fit for purpose" after a season in which the club maintained its status in the Blue Square Bet Premier.

"We had to play a certain brand of football last year to survive and it wasn't pretty at times," added Edinburgh.

"But with the surface we now have at Rodney Parade, certainly people will see a different Newport County at home.

"When people came and watched us away we were fluid and fluent and we had some amazing results away from home because the pitches we played on allowed us to do that.

"At home we had to be a little more dogged and resilient."