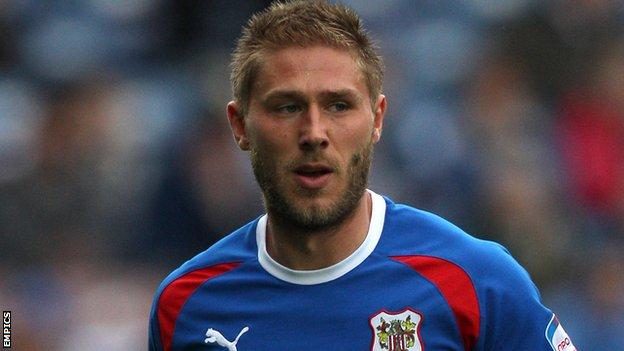 AFC Wimbledon have signed midfielder Stacy Long following his release by Stevenage, subject to a medical.

The 27-year-old, who has had spells with Notts County and Ebbsfleet, scored two goals in 33 appearances for the Boro last season.

He said: "Hopefully I can put my own stamp on the team and help the club do better than last season.

"I am at an age now when I have physical fitness and experience and hopefully I can help others along."

Dons first team coach Simon Bassey added: "He is a very talented footballer, who will add craft to our midfield.

"We wanted to sign Stacy three years ago after he left Ebbsfleet United, but we missed out on him.

"We kept an eye on him and to bring someone in who played over 30 games in League One last season is a real coup for us."