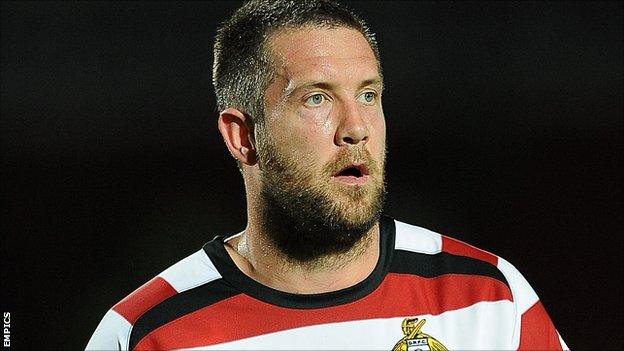 The 30-year-old had a year remaining on his contract with the Welsh club but was allowed to leave, having failed to appear for the first team since August.

Parkin began his career at Barnsley and spent two years at York City before enjoying a prolific spell with Macclesfield Town, for whom he scored 36 goals in 78 appearances.

He subsequently moved to Hull City and then Stoke City, helping the Potters achieve promotion to the Premier League in 2008.

A transfer to Preston North End followed soon afterwards, before he signed for Cardiff in January 2011.

But he struggled for first-team football with the Championship club, making only five starts in 18 months for the Bluebirds.

Parkin's arrival is another significant signing for Fleetwood, who will be playing in the Football League for the first time in their history next season.

Last week, Northern Ireland international midfielder Johnson turned down an offer from Championship side Huddersfield to join the Cod Army.