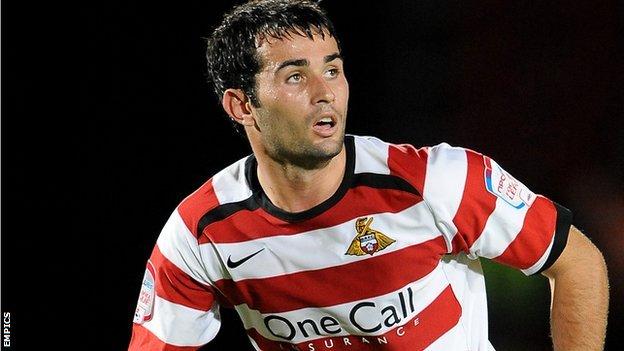 New signing Sam Hird has admitted being offered the captaincy was a major factor in moving from Doncaster Rovers to Chesterfield.

Hird said: "I had offers from League One clubs and from Doncaster.

"But [Spireites boss] John Sheridan telling me he wanted me to be his captain and a big part of what he was trying to do made a big impact."

Hird, who played 143 games for Rovers, will move to the Spireites on a two-year deal starting on 1 July after his contract expires.

"I've been at Doncaster for five years and last season I was probably ready for a fresh challenge, but I ended up staying and I could have stayed this season - I had a good discussion with Dean Saunders," added Hird.

"As a Doncaster lad myself I wish them all the best, and if they manage to hang on to some of the good players and add a few, I'm sure they'll be alright.

"But now I can't wait to get started at Chesterfield. Obviously the club was relegated last season, but everyone is ambitious to get back up and those ambitions match my own."