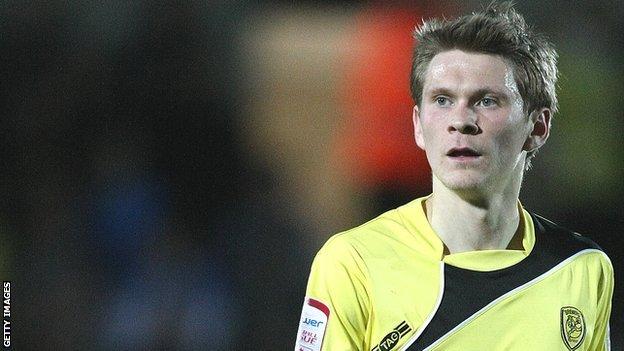 Burton Albion winger Jimmy Phillips is determined to prove his worth to manager Gary Rowett after signing a new two-year contract.

Phillips, 22, has played 90 matches in three years with the Brewers, but 37 of those games have been as a substitute.

"I still feel I have something to prove here, that's the main thing," he said. "I want to push on as much as I can.

"I think that we can push on under the new gaffer [Gary Rowett]. I think the club can do well next year."

New boss Rowett has already re-signed Aaron Webster and Jack Dyer, while Robbie Weir and Zander Diamond have joined the club from Tranmere and Oldham respectively.

Phillips is encouraged by the summer developments and the club's prospects.

"He [Rowett] has new ideas and will bring something different to the table," Phillips added.

"'I want to try and cement a first-team place, that's my main objective. I spoke to Gary at the end of last season about his plans and it all seemed good."

Albion begin their pre-season schedule with a home friendly against Aston Villa on Saturday, 14 July.