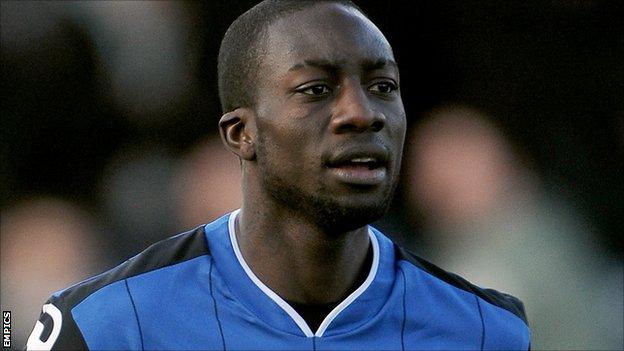 Kevin Amankwaah and Simon Hackney have turned down contract offers and are expected to leave relegated Rochdale.

Defender Amankwaah agreed a short-term deal in January following his departure from Burton and played 16 games.

Hackney has spent an injury-plagued year at Spotland and only featured in the final two matches of the season.

Brian Barry-Murphy has agreed to stay at the club, while boss John Coleman is waiting for Joe Thompson and Jean-Louis Akpa Akpro to decide their futures.

Coleman has added four players - George Donnelly,Peter Cavanagh,Rhys Bennett and - to his squad this summer and told the club website he expects that number to rise in the next few weeks.

"We are certainly quite confident of bringing Ryan Edwards on loan from Blackburn," said the former Accrington manager. "We'd like to take him permanently but Blackburn rate him quite highly.

"We have spoken to other players and we could see an influx of signings on 1 July."