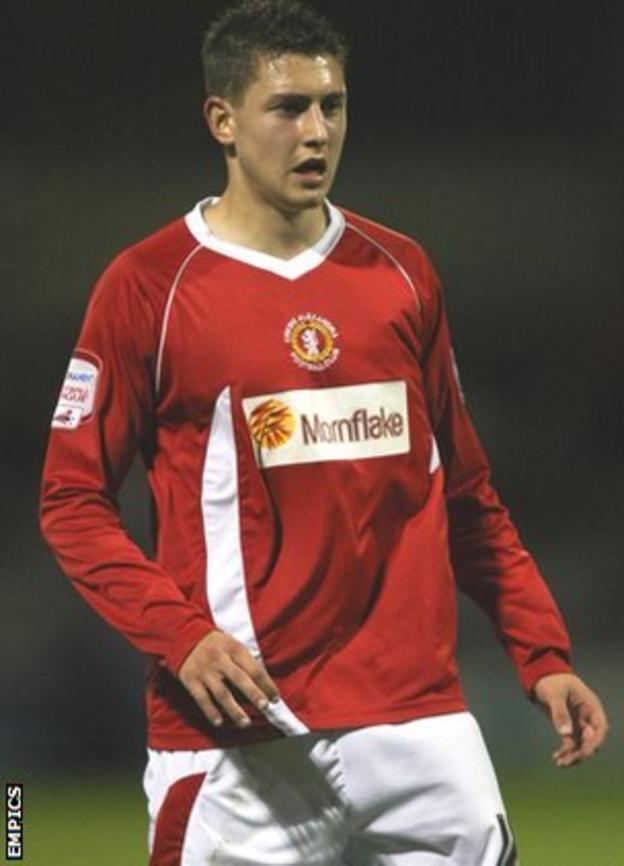 Crewe Alexandra striker Shaun Miller has been told he needs a fresh challenge and that his future might lie away from Gresty Road.

The 24-year-old, who formed a 49-goal strike duo with Clayton Donaldson in 2010-11, began last season well under Dario Gradi with six in eight games.

But he has made just a handful of starts since Steve Davis took over.

"There's a possibility of him moving on. It could be the spark he needs, a way forward for him," said Davis.

"He's been here a long time. But he's been behind AJ Leitch-Smith, Max Clayton and Nick Powell all season.

"Maybe he needs a fresh start and a new challenge," the Crewe boss told BBC Stoke.

Prize asset Powell's departure to Manchester United on Tuesday ought to have created a vacancy in the Alex front line.

There also remains the possibility that Davis might have to replace another of his attacking players, out-of-contract left-side wide man Byron Moore, should he choose not to sign a new deal.

But, although Swindon's Billy Bodin, who ended the season on loan at Crewe, is one target, Davis's main priority is bringing in a big, mobile striker.

He's got another year left on his contract, whether he wants to be here or not. We'll sit down and talk to him again if nothing happens

"There's lots of question marks surrounding that," said Davis. "We're still looking to bring an extra one in.

"But we're quite fussy in the type of player we're looking for.

"We're still looking at that big, athletic player who can show and get in behind.

"We've spoken to three in that mould who can add a different dimension for us.

"But they've got to be the right person, have the right character and match your ambition."

Although Davis has transfer targets in mind as he rebuilds in readiness for the upgrade to League One, the Alex boss also insists that the door remains open for academy product Miller at his home-town club.

"He's got another year left on his contract, whether he wants to be here or not," added Davis.

"We'll sit down and talk to him again if nothing happens, and then he can come back ready to challenge for his place."