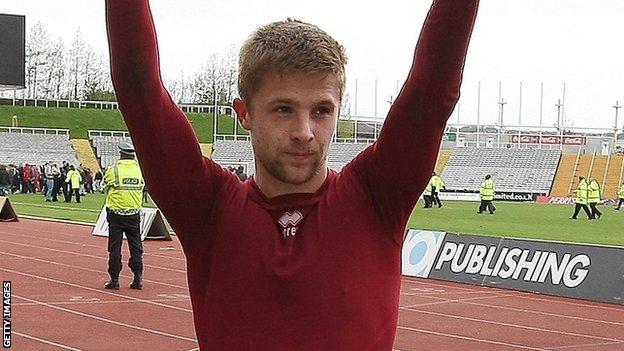 Northampton Town midfielder Michael Jacobs has rejected the offer of a new contract from the club.

Chairman David Cardoza told BBC Northampton: "Any club has still got to reach our valuation and no-one has got there yet.

"We'll get the right price for him. We're going to work hard to make sure that we get adequately compensated."

This will come as no surprise to Northampton fans. Jacobs is a sought-after player and rightly so.

He has had two great years at Sixfields and as long as the club get suitably recompensed, he can leave Northampton with his head held high.

With his ability, it's time for a new challenge at a higher level - probably Championship.

If no fee can be agreed with another club, it would be set by a tribunal, due to the player's age.

"We were expecting this [news] anyway," added Cardoza.

"There is some interest. It does look like the end of the road but nothing's definite yet."

The club say there has been interest in the two-time Cobblers' Player of the Season from Championship and Premiership clubs.

"He gives 100% every single game - he never hides," Cardoza continued.

"Being a local boy, and having being with us since he was 9 or 10 years old, it's been great to see him progress.