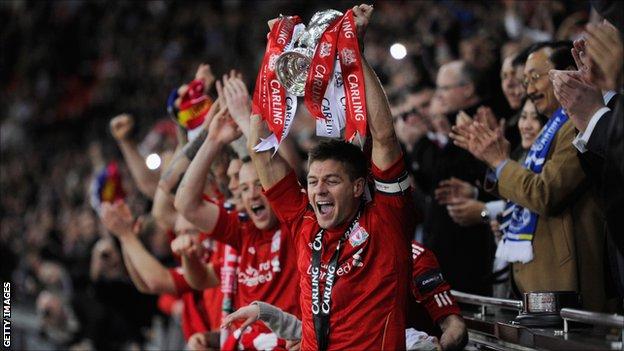 Newly-promoted Fleetwood Town have been handed a first-round clash with four-time winners Nottingham Forest in the League Cup.

The Cod Army will play in the Football League for the first time in their history after promotion last season.

Ties are scheduled to be played in the week beginning 13 August.

The competition, won by Liverpool last season, has been rebranded the Capital One Cup after the League agreed a new four-year sponsorship deal.

It had been sponsored by brewers Molson Coors since 1998 and branded as the Carling Cup since 2003.

Fleetwood chief executive Steve Curwood told BBC Radio Lancashire: "It doesn't get much better than that in our first fixture as a Football League club.

"There are three or four clubs you might have picked and Forest are definitely one of those. We're pinching ourselves again. The journey continues."

All Championship sides are in the draw - bar Bolton and Blackburn who enter in the second round after being relegated from the top flight - as League One side Bury host Middlesbrough and Leeds welcome Shrewsbury Town to Elland Road.

Premier League clubs will enter the competition in the second round except for the seven teams that have qualified for Europe, including 2012 winners Liverpool.

Barnet will travel to 2011 winners Birmingham City, while Championship side Watford host League Two's Wycombe and Barnsley manager Keith Hill gets a trip back to his former club Rochdale.

While the competition is set to begin in the week commencing 13 August, the Football League will consider requests to play on Saturday 11 or Sunday 12 should clubs mutually agree.