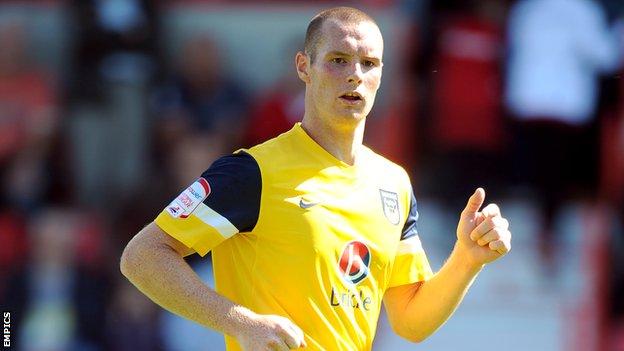 The 27-year-old forward, who hit 11 goals for the U's last season, has been the subject of two unsuccessful bids from Rovers this summer.

"He has a record at this level and that's important because I want to start with a team that has a record."

He continued: "If I look at my starting line-up on the first day of the season and it's got a history of 40 goals a season then we are in trouble.

"I want to start with a team that's got 65 goals as an average. Then we'll have a chance."

Constable is contracted at the Kassam Stadium until 2014 but has attracted interest from several clubs over the past year.

Bournemouth were the first to approach the League Two striker in September, and Swindon also tabled a bid in January but Constable declined talks with United's bitter rivals.