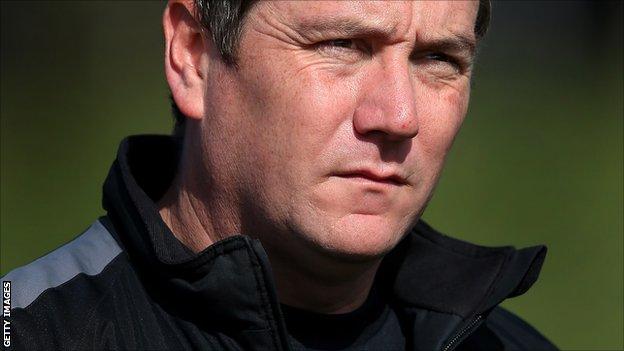 Fleetwood Town manager Micky Mellon believes his squad is beginning to take shape as the Cod Army prepare for their Football League debut in August.

Mellon told BBC Radio Lancashire: "The chairman asked who I wanted and I gave him a list. We've attempted to get them all in and we've started to do that."

He also revealed that he expects to complete another transfer on Monday.

"We've agreed personal terms and a fee with his club so we've just got his medical to do," added the Fleetwood boss.

"We're not trying to be clever and stagger these (signings). At this level of football, there are agents and logistics involved, and with this one there's a fee involved.

"That one will happen on Monday and we're really excited about that signing as well."

As well as Parkin, Fleetwood have been able to add a mixture of youth and experience to their squad since winning promotion to League Two.

Parkin was released by Championship side Cardiff City last week and he said he had no doubts about the move, despite a drop of two divisions.

"The manager told me how he wants to take the club even further forward and sold the club to me," said the former Hull and Stoke striker. "As soon as I spoke to him, I knew this was where I wanted to come and play football.

"I want to come here and contribute to a successful team. It's a club going forward and I want to be a part of that."