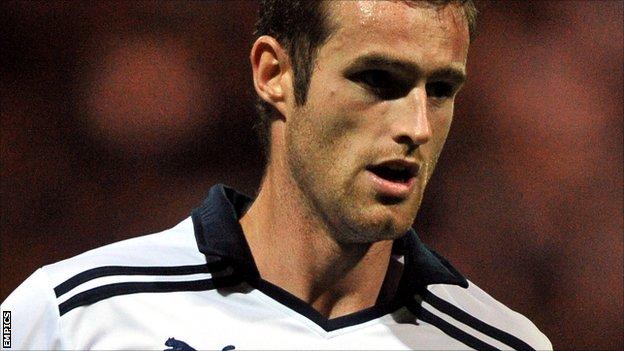 The 27-year-old's contract at Preston was cancelled by the club last week.

He began his career at Rangers before moving to Motherwell, initially on loan, and then signed for Falkirk in 2009 before his move to Preston two years later.

"There are good things happening here and if I can play my part in future success I will be delighted," McLean told the club's official website.

He added: "I will look forward to the European games but it really is a privilege to join this fantastic club.

"Opportunities like this do not come along too often; this is a club that is achieving things on the park right now and I want to be part of that.

"It was disappointing that my promising start at Preston fell away with the change of manager down there, but it has presented this opening and I intend to give it 100% to achieve my goals here," he added.

United manager Peter Houston said he had moved quickly to secure McLean's services once he knew the player was available.

Although he is being brought in here as a defender, he is also capable of scoring a few goals

"He is a good defender, someone who also likes to play football and alongside the other defenders we currently have, he will become an integral part of our squad," he said.

"Although he is being brought in here as a defender, he is also capable of scoring a few goals and should add to our aerial threat in the opposition penalty area.

"Importantly, he brings with him a wealth of experience from both north and south of the border.