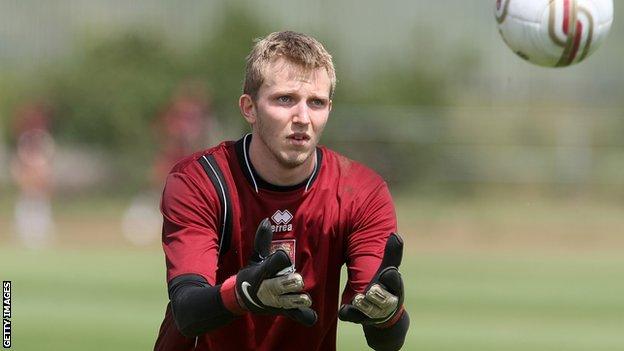 Defensive duo Phil Gulliver and Paul Malone, who will be club captain next term, have also agreed contracts for the new Blue Square Bet North campaign.

"He's an excellent keeper and was unlucky to be released."

Walker, 20, made four senior appearances during his four years with the Cobblers.

And 22-year-old Webb joins the Steelmen two weeks after agreeing to sign for King's Lynn Town.

"He's hungry to get back into the professional game if he can and that's the kind of desire and passion we want at the club," added Sampson.

"Lewis had agreed to sign for King's Lynn but didn't sign a contract. We made a move and he wanted to test himself at the highest level possible."