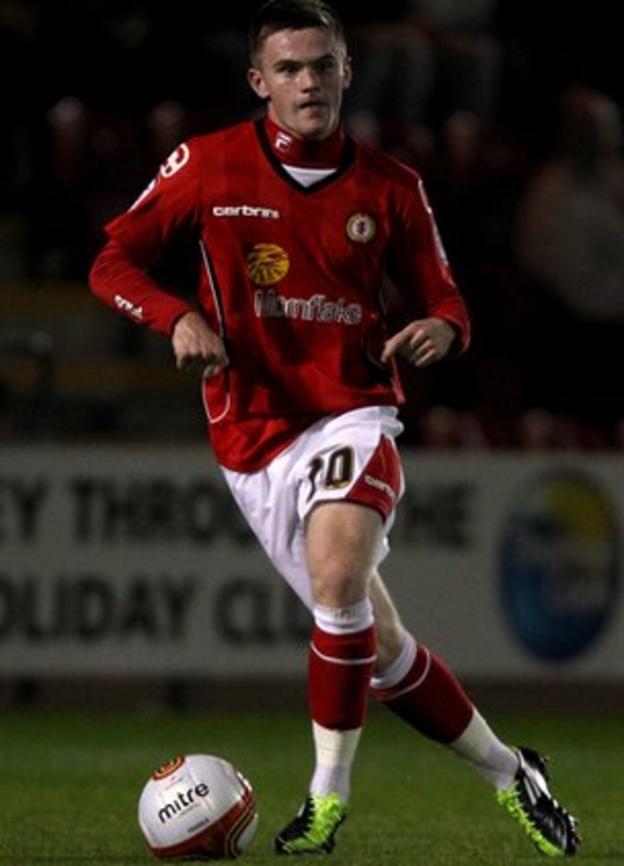 Teenage Crewe Alexandra defender Ollie Turton has become the latest Academy product to commit his future to the newly-promoted League One club by signing a new 12-month contract.

And Turton, 19, admits this week's big-money sale of Nick Powell to Manchester United proves Crewe is the place to be for any ambitious youngster.

"Nick's move shows what the club's about. It puts another on the list."

"I've had a few chances this season and hope I can get a few more next season. I want to get as much football as I can.

"I've just got to work hard in training and show the manager what I can do. But you know at Crewe they'll always put a young one in."

After three substitute appearances last season, Turton is hungry for an even greater involvement in the 2012-13 campaign.

You watch him on the pitch and he's a bit arrogant, which is good. I think he'll do fine and settle in well there

"There's a few big grounds to go to, like Sheffield United, and I won't be too overawed by it," he said.

Turton was on holiday with Powell when the wheels began to turn on the new United signing's move to Old Trafford.

"You can tell inside he's buzzing, but he deserves everything he gets.

"He's had a great season and he'll do well there. You watch him on the pitch and he's a bit arrogant, which is good. I think he'll do fine and settle in well there," Turton added.

He is the fourth Crewe youngster to sign a new deal at Gresty Road following Paris Bateman, Andy White and Harry Clayton, but the Alex are still waiting for decisions from fellow defender Kelvin Mellor and left-side midfielder Byron Moore.