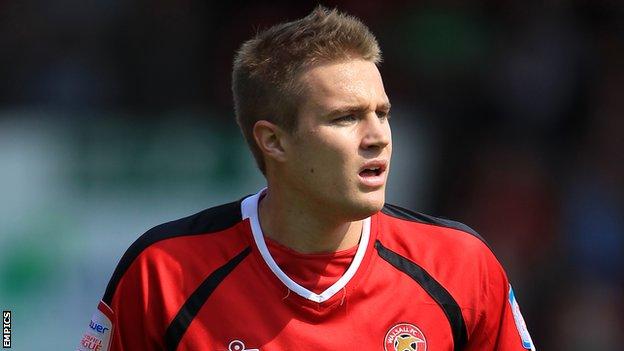 The 23-year-old, who made 24 appearances last season, has signed a two-year deal at the League Two club.

Shots boss Dean Holdsworth said: "His background bodes well. He has bought into our plans.

"I want a centre-half who can handle the ball as well as being a solid defender. Olly can do this and will fit in very well."

Lancashire, a former Southampton trainee, joined the Saddlers in the summer of 2010.