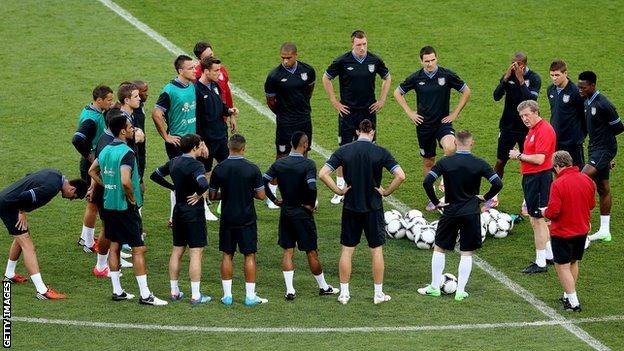 England can win the European Championship playing a pragmatic brand of football, according to former manager Steve McClaren.

England had 38% of possession in the 1-1 draw with France, but only four of the 14 games so far have been won by the team who enjoyed most of the ball. 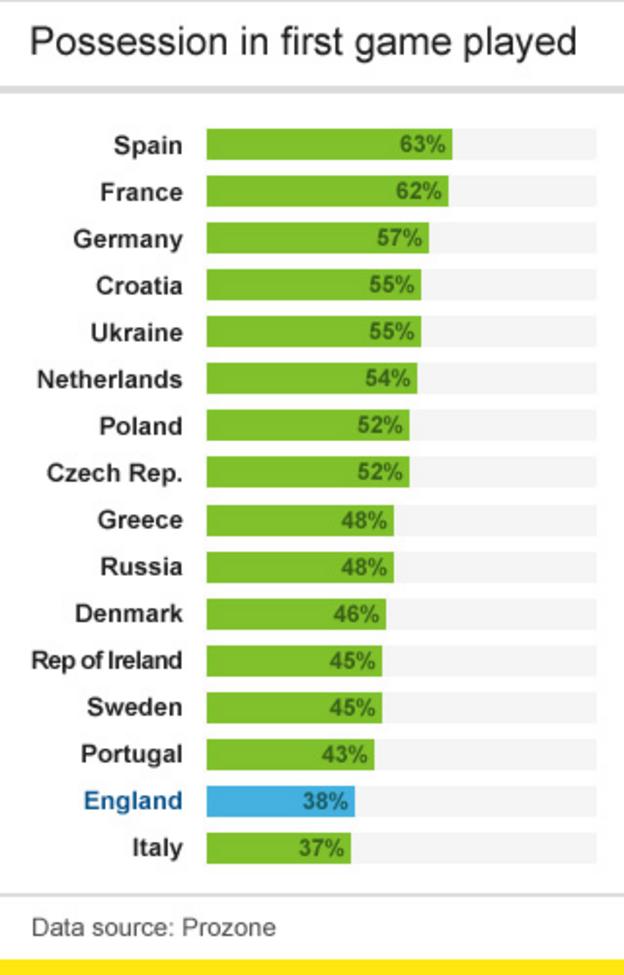 "We need to play to our strengths. England can win a tournament playing how they are playing at the moment."

McClaren, whose 16-month spell in charge of England ended in November 2007, added: "We have never been very good in possession - that's not our strength.

"The way we stay in games is by being hard to beat, maybe scoring from set-plays or on the counter-attack.

"People used to criticise us a lot, saying we need to play football like Spain or Brazil. That's not possible - it takes years and years of development to achieve that."

"Before the game, we saw France as being a very difficult challenge and England handled it very well," said the 51-year-old.

"They were very good without the ball, very organised and disciplined. They played to their strengths, restricting France to limited opportunities from outside the box. I think we're going to be very hard to beat."

However, McClaren, currently in his second spell of charge of Dutch side FC Twente, concedes that Roy Hodgson's side must try to do better with the possession they have when they meet Sweden in Kiev on Friday.

"I don't think that Hodgson needs to change the personnel, as the attacking threat it is something that I believe will come as the team grow in confidence in their roles."

"What we need to see is England being better when they have the ball. Possession doesn't win football matches, as we've seen with Chelsea in the Champions League but, in big games, we do need to be better with the ball.

"If we can improve that, we've got a very good chance."

Sweden were beaten 2-1 by co-hosts Ukraine in their opening game and know defeat against England will send them out of the tournament.

However, the Swedes have history on their side, having never been beaten by England in a competitive fixture.

"It will be interesting to see how the Swedes adapt," continued McClaren. "They are quite a similar side to England, in that they are quite organised and they will also be looking to improve on their first game.

"Because Sweden need to win it, and England don't necessarily, there is a lot of pressure on Sweden. England need to be patient."