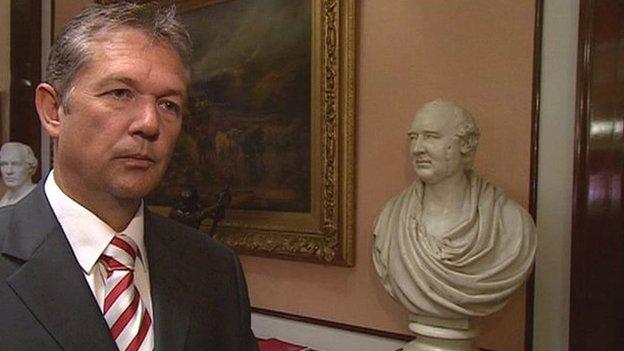 Nottingham Forest chief executive Mark Arthur has insisted the club's takeover is not on the verge of being completed.

I certainly didn't use the word imminent. That was used by somebody else

But Arthur told BBC Radio Nottingham: "It is not imminent.

"I have no idea of the timescale but we hope it is done well before the start of the season in order to give the club the very best opportunity next year."

Arthur added: "I certainly didn't use the word imminent during the sponsorship announcement. That was used by somebody else."

Forest have been for sale since October 2011 when Nigel Doughty resigned as chairman, but his death in February has made the sale more complicated.

Arthur said: "We are one end of the process and are just answering questions put to us by lawyers and accountants at the moment as part of due diligence.

"We have no idea how that is actually going or who the people are that may be interested in us. I understand there is more than one party."