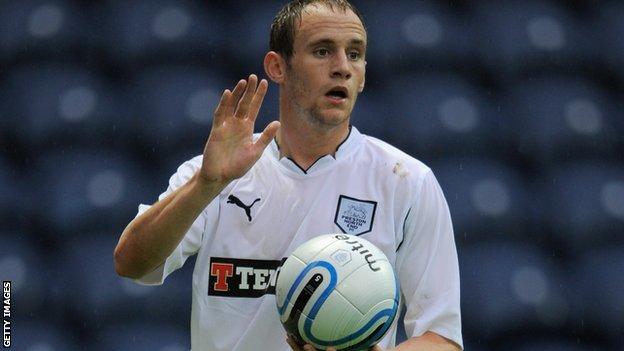 The 24-year-old began his career with Hearts before moving on to Manchester United, where he made a first-team appearance in the League Cup in 2006.

Gray is Stevenage's second signing in 24 hours after the recruitment of Southend's Anthony Grant.

"They all possess the abilities and qualities that will really add to the group we currently have and I believe all of them will improve our squad."

Stevenage reached the promotion play-offs last season but were beaten 1-0 on aggregate by Sheffield United at the semi-final stage.

"All the guys that we have added so far are players that I think will move us in a positive direction and it must remain that way," said Gray.