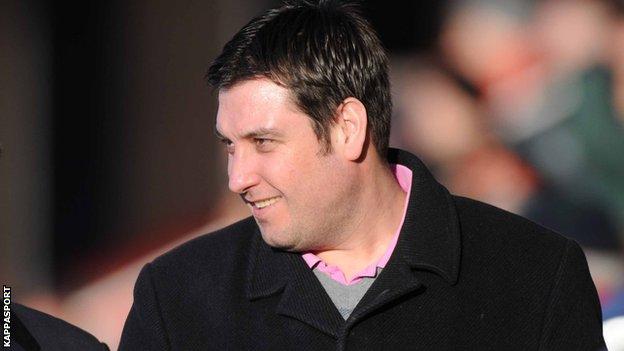 Former Cambridge United chairman George Rolls has been charged with more than 3,000 alleged breaches of the Football Association's betting rules.

The charges relate to 2007-2010 when he was on the board at the Abbey Stadium but was also associated with Weymouth.

He denies all of the allegations, which will be addressed at an independent regulatory commission on 4 July.

In total, Rolls has been charged with 3,073 breaches of rule E8(a) which, as it stood during the relevant period, stated that participants could not place bets on a club or competition they were involved with.

The charges of misconduct are related to "his conduct during the investigation of the alleged breaches of the betting rules".

However, a Cambridge United statement said: "Having spoken with the Football Association, they have confirmed that the charges presently being laid against Mr Rolls are personal to him.

"There are no charges against Cambridge United."

Rolls joined the Cambridge board in 2007 before becoming chairman in January 2009.

He left the club in August 2009 after falling out with manager Martin Ling, with Ling's predecessor Gary Brabin also having cited differences with Rolls as a contributing factor to his departure.

Rolls then took over at Weymouth in November of the same year and saved the Terras from administration.

He is currently involved in a similar process at Kettering, where he is attempting to save the club from extinction.

The former Leyton Orient youth team keeper is meeting with creditors on Friday and cannot complete his intended takeover of the club until a Company Voluntary Arrangement is agreed.